Akko is an ancient port city in northern Israel, located on the coast of the eastern Mediterranean Sea. The city on the northern edge of Haifa Bay, is surrounded by a fortification up to 150 meters wide and is considered one of the oldest continuously inhabited places in the world.

For centuries, the city’s port was one of the most important ports for maritime trade between Asia and Europe. However, this changed with the advent of steamships in the 19th century. The port lost its strategic importance because the increasingly large ships could no longer dock in the port of Akko. 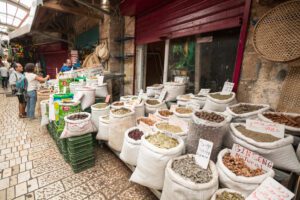 Today, however, the port city is one of the must-visits of a trip to Israel because of its history and monuments from the past. Due to its oriental old town, Akko is considered one of the most beautiful port cities in Israel.

The fact that goods from all over the world were once traded here can be easily understood by strolling through the market. 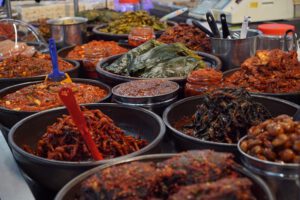 To experience the diversity of culinary delights, we recommend the Akko Tasting Card, that is included e. g. in IsraelRail’s Akko daytrip.

With the Akko Tasting Card, the culinary journey can begin on the Market Street. It runs from north to south and is the main thoroughfare in the Old City.

During the Crusader period, this street ran from the Hospitaller Gate in the north through Market Street, or Via Regis, to the port area.

Today, the central market of the old town is located in this section. Numerous stalls here offer fresh fish, oriental sweets and an overwhelming selection of culinary delicacies. With the Akko Tasting Card, you can sample this offering at your leisure. In addition, perfumeries and original spice stores can be found on the market street. 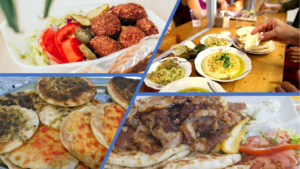 Notice:
Some of the dishes are to-go. 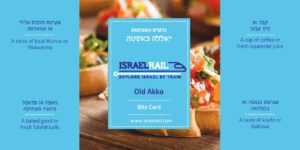 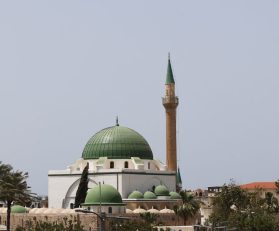 When traveling to Acre, for example with our one day self-guided tour combining culinary and historical highlights of the city, the...
Read More > 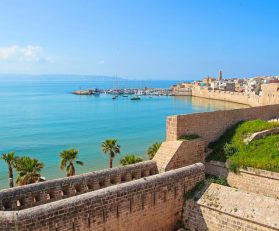 Akko not only has a long and eventful history, but also boasts numerous sights. An ideal choice for a day...
Read More > 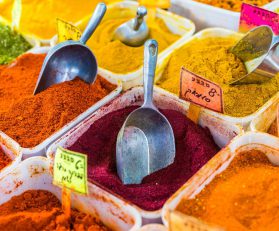 Akko is an ancient port city in northern Israel, located on the coast of the eastern Mediterranean Sea. The city...
Read More > 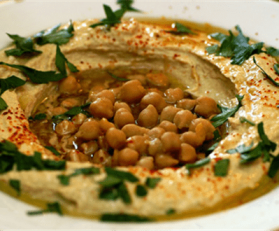 Ways to experience Israeli cuisine A country rich with some of the most fascinating historical sites in the world, Israel...
Read More > 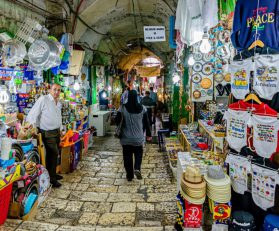 The 10 best markets in Israel

There’s no better place to immerse yourself in a foreign country’s culture than its markets. Israeli markets, whether dedicated to...
Read More >